What is Cognitive Assessment Test?

Cognitive assessment is a scientific tool in a “gaming format” designed to measure a person’s brain function with respect to memory, attention, reasoning and verbal acuity. These are task-oriented tests that are fun to do yet very accurate in determining one’s brain capacity and abilities. It is performed on a computer screen and can be done in my office or sent to your computer at home which is a great option for those living in rural Alaska!

Why is Cognitive Assessment Important?

As the U.S. population continues to age into their 70’s, 80’s and beyond there is increasing incidence of mental/cognitive decline which can progress to dementia and Alzheimers. Establishing a baseline measurement is an important step for someone that is concerned about their mental status and then can begin appropriate treatment via mental exercises, nutraceuticals and/or medication. It’s the old adage of being ‘proactive’ vs ‘reactive’.

Is This Test Similar to an IQ Test?

This is not an IQ test which some people have received in a traditional neuropsychological format. Cambridge Brain Sciences has designed a fun, non-intimidating series of on-screen tasks formatted as ‘games’, featuring 12 quick, scientifically-validated tests to establish a baseline report of your current cognitive abilities. You can actually try a sample test to see what it’s like by doing a 90-second concentration task. Just click on the box below:

How Long Has This Testing Been Available?

Cambridge Brain Systems (CBS Health) is backed by over 25 years of scientific research, used in over 300 peer-reviewed studies of cognition, and have had over 8 million tasks completed around the globe. 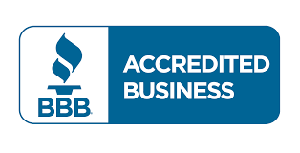